yay! i finally had been to Japan! Tokyo in particular. and of course, before going there i did some research on where to go to, what to expect, etc. honestly, i got a little scared as readings said that the subway is confusing and there's not much english.

okay, subway is confusing at first but after 2 days, you'll be fine. and just have a map with you. hehe. and english? trust me! Japanese are like the kindest people. i guess i'll have another post dedicated to that. so no problem even if there's a language barrier.

since we received a lot of help from the Japanese, i am now writing this post to help those who are planning to go to Japan. well, these are the things that helped us in Tokyo.

Google map had been our bestfriend. we would rely on it too much. it tells us what train to ride and the time the train leaves and what platform. see! you won't be confused with the subway if you have this. hahaha.
but don't really trust the travel time for walking, i guess they timed those who walk really really fast. and i get lost with the walking directions. hehehe 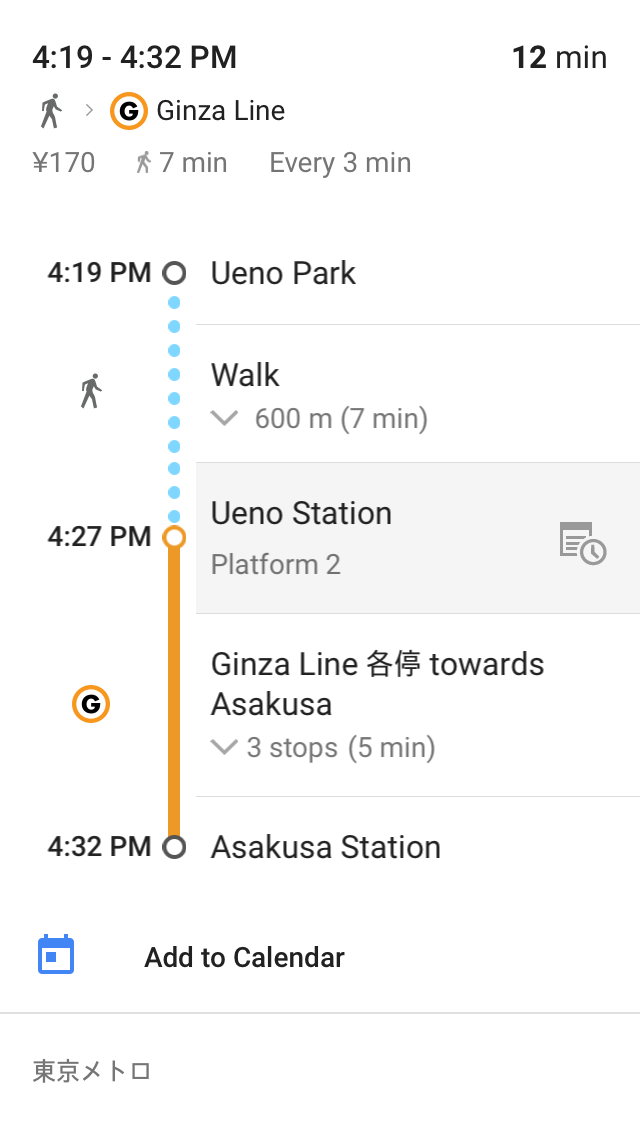 first tip is to use google map. and if you are to use it, you would need an internet. you'll not always have an internet, so it'll be great if you rent one. another helpful thing in our travel. and it's not expensive.

i rented from this site: http://www.globaladvancedcomm.com/pocketwifi.html.and it was an easy process, i got mine from the post office in the airport and just mailed it there to return.

if you'll just be in Tokyo, this would save you time and also some Yen. yes, you get a little discount if you use PASMO than buy a ticket every single time you ride the subway. yes, you save time since you just tap and tap your card. and you can also use it on vendo machines!
and you can have it personalized! 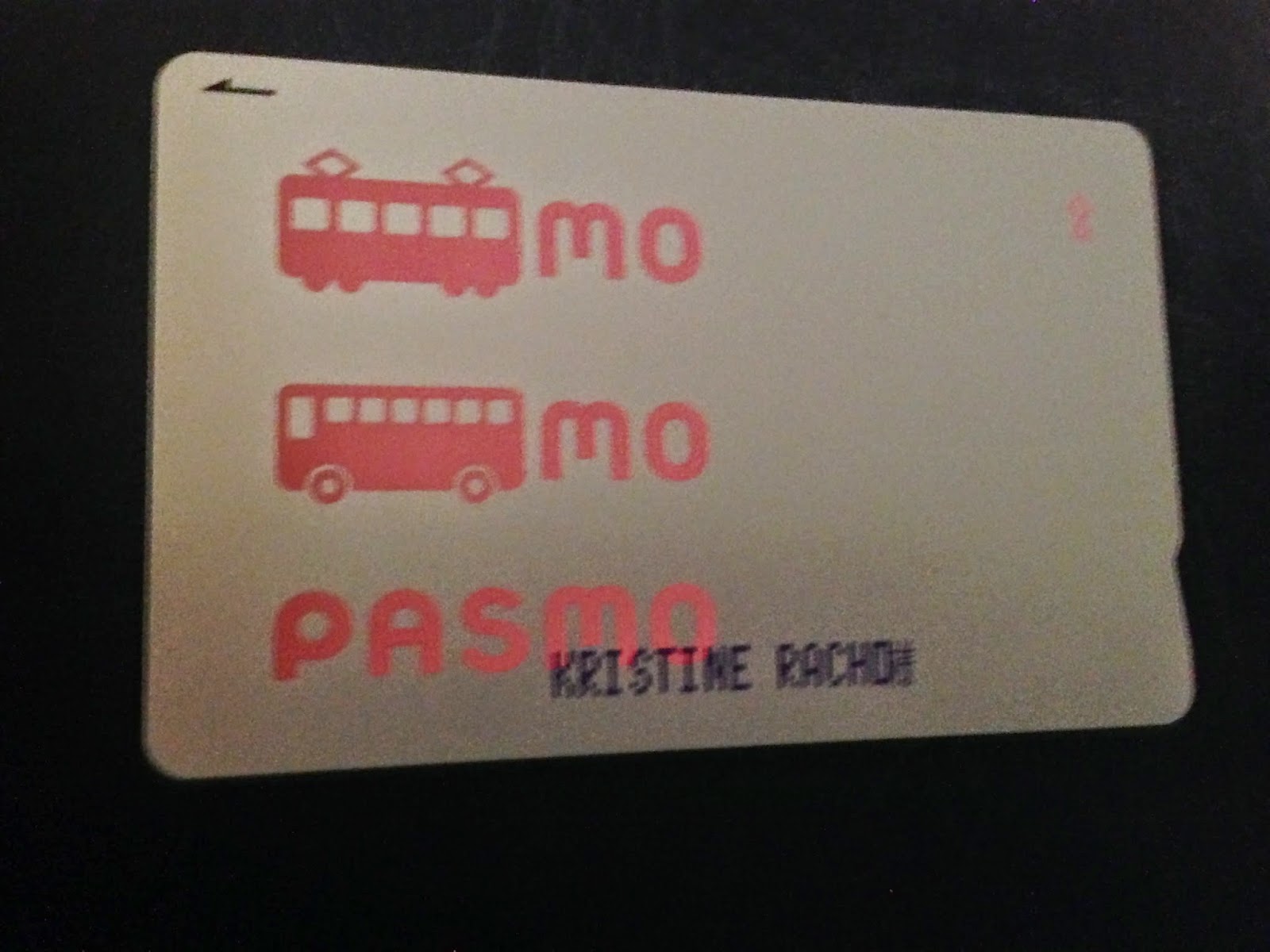 it means Excuse Me. this is the first word you'll say to the Japanese if you'll ask for directions or call their attention to order, etc etc.

and it's like most of the foreigners i encountered during the trip who would pass by would say Sumimasen instead of excuse me.

so what does this mean?

low batt. solution: bring a power bank. what i have is a cheap power bank since i just use it rarely in the Philippines. but in Japan, i used it everyday. and it gave my phone a longer life even just a little

this is just an option so you can also ask those who can't speak english. what i did sometimes was show a picture then say "doko desu-ka?". then the way was shown to me!

just a warning though. some gets excited that they would suddenly speak in straight fast japanese. so either you say, "sorry no Japanese" or if they show the way with hands i say "left then right?" also with hand gestures. then they'll know i don't speak in japanese. hehe.

if the direction is complicated and they can't speak english at all, just follow the first part of the directions then look for another person to ask. hehe

i know it's good to be fashionable when traveling especially with all the OOTD posts that we see in sns. but trust me, if you're like us who would like to visit as many places as you can in your first trip to tokyo, you would walk a lot. as in a lot! so better to wear comfortable shoes. and guess what? sneakers and rubber shoes sell cheaper in japan! that's what i found out in our trip. you can buy a lot! :) 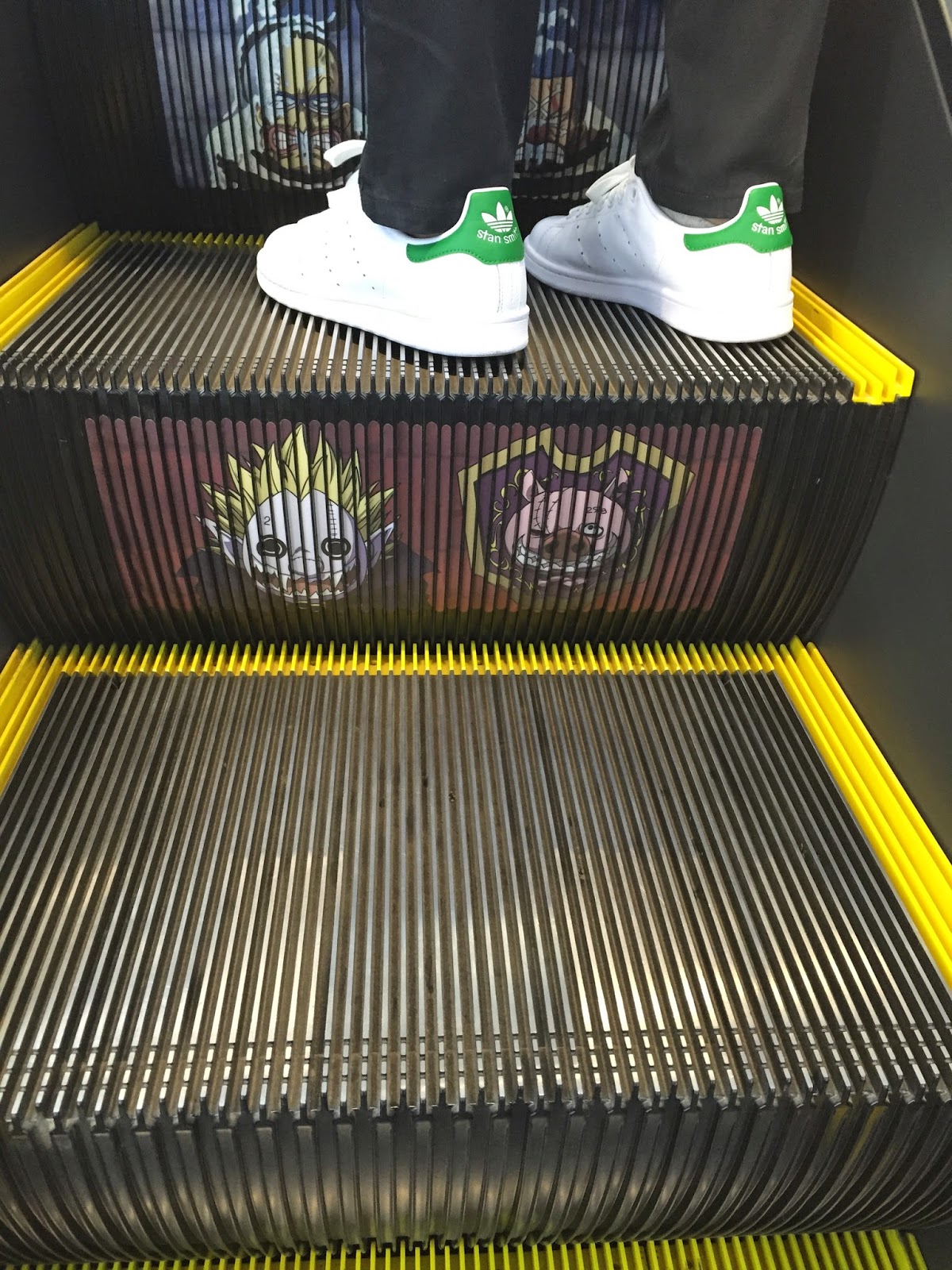 and a note to smokers, there are vending machines selling cigarettes but you cannot buy from those. to buy cigarettes from these, you would need a Japanese ID card.


well, that's it. i hope it would help you a lot in enjoying your trip to Tokyo. =)

Labels: all around the place(s), fyi

when you research on how to go to nami island/petite france, it's kinda complicated. and when i was doing our itinerary for last january, i was kinda scared if we'll be able to reach the place. good thing korea has a new subway line which makes it easier to go to nami island.

to help you more during your trip itself, download the korea subway app. it would help you a lot in going places.

okay here's the direction to nami island from hongdae.

Of course we will start from Hongik University Station. When inside Hongik Station, go to the G-J Line, particularly for the train going to Sangbong (G-J line). Transfer to Gyeongchun Line and go down in Gapyeong.

yes, you will just ride the train and not go out the train stations anymore.


And when you reach Gapyeong, you can take the shuttle bus for only 5,000won.It's a ride all you can bus for one day. So you ca use it going to both Nami Island and Petite France. And it passes by every hour. But before you ride the bus, ask first if it's the shuttle bus because there are also ordinary buses that pass by.

Let's go first to Petite France. yes, i suggest you go there first coz i'm sure you're going to spend more time in Nami Island. so just for you not to rush your stay in Nami.

Petite France is as the name says, Little France. 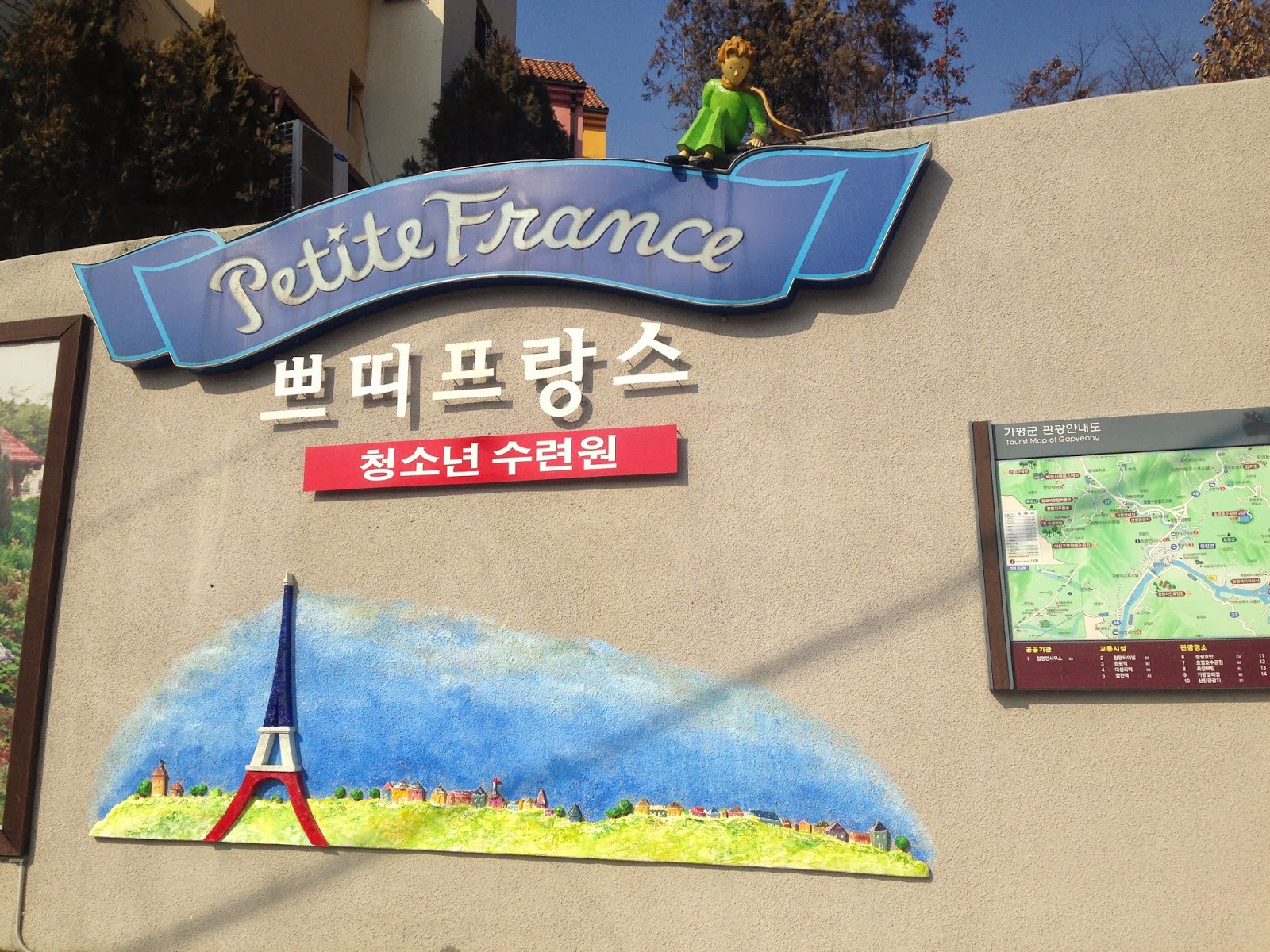 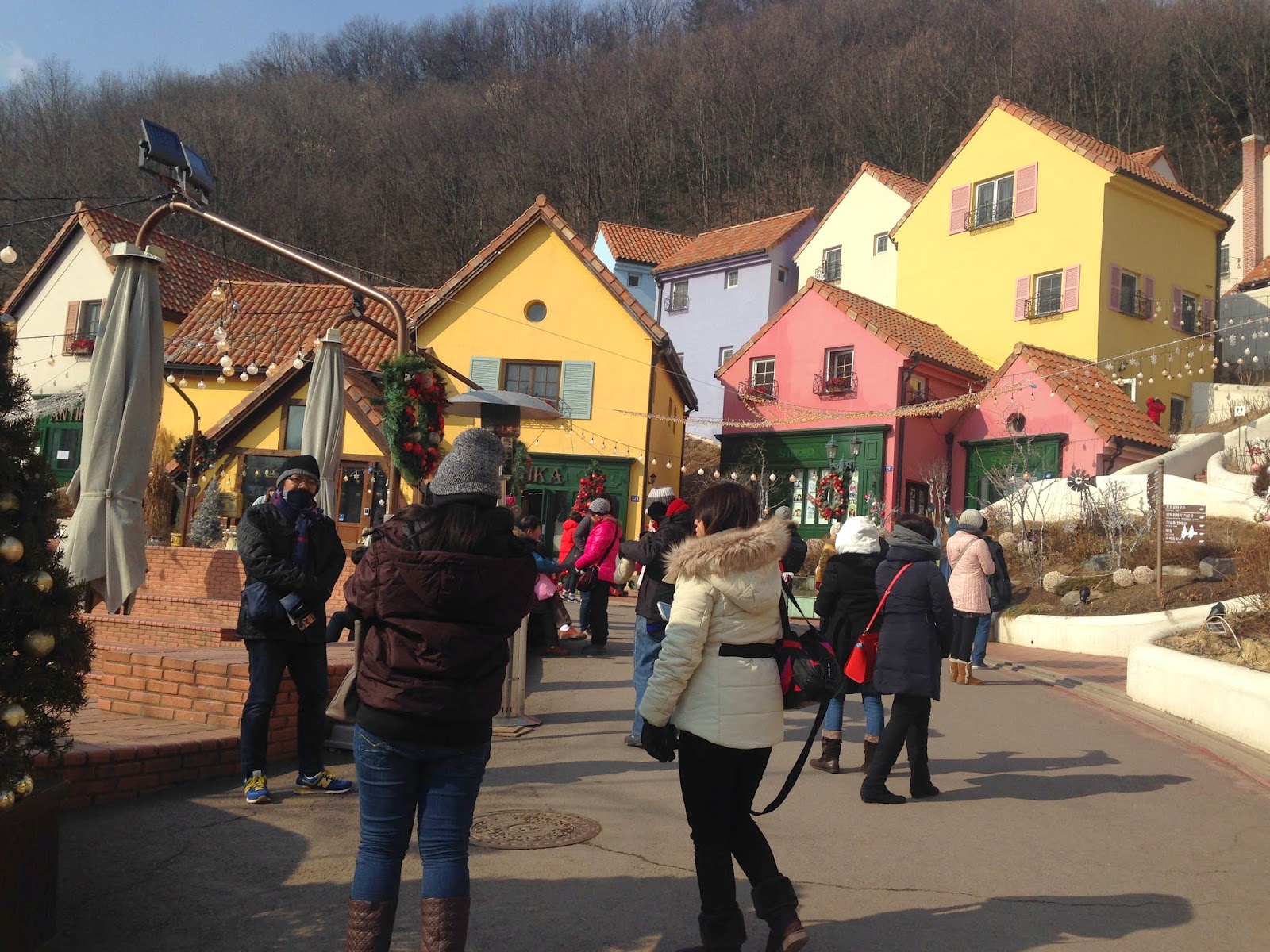 it's a nice place to take pictures and show to your friends and trick them that you're somewhere other than korea. hehe. 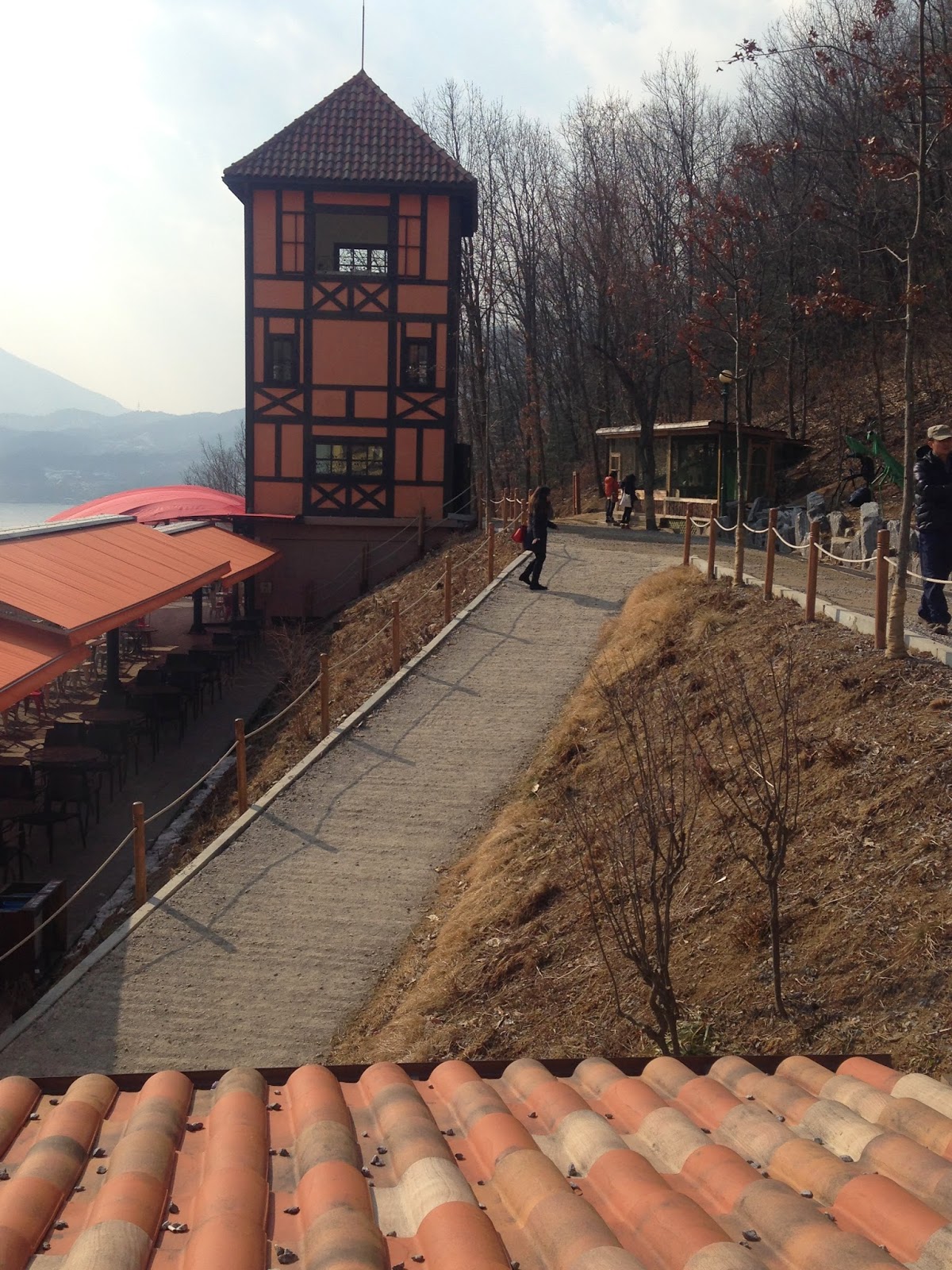 Okay, next stop. so what is Nami Island? It is a park but on a different island. 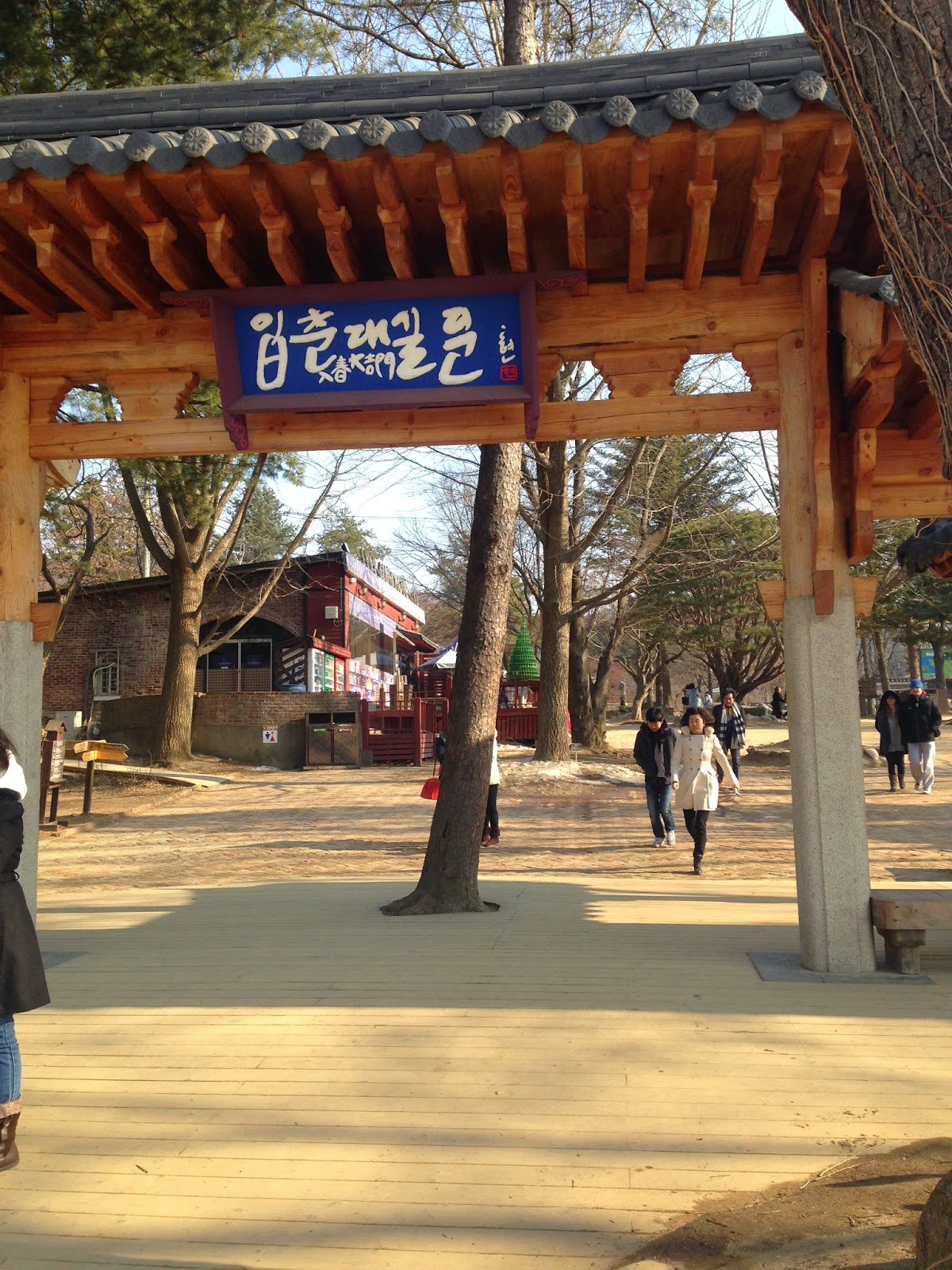 So yes you have to ride a ferry going there. The entrance fee which includes the ferry is 8,000won. 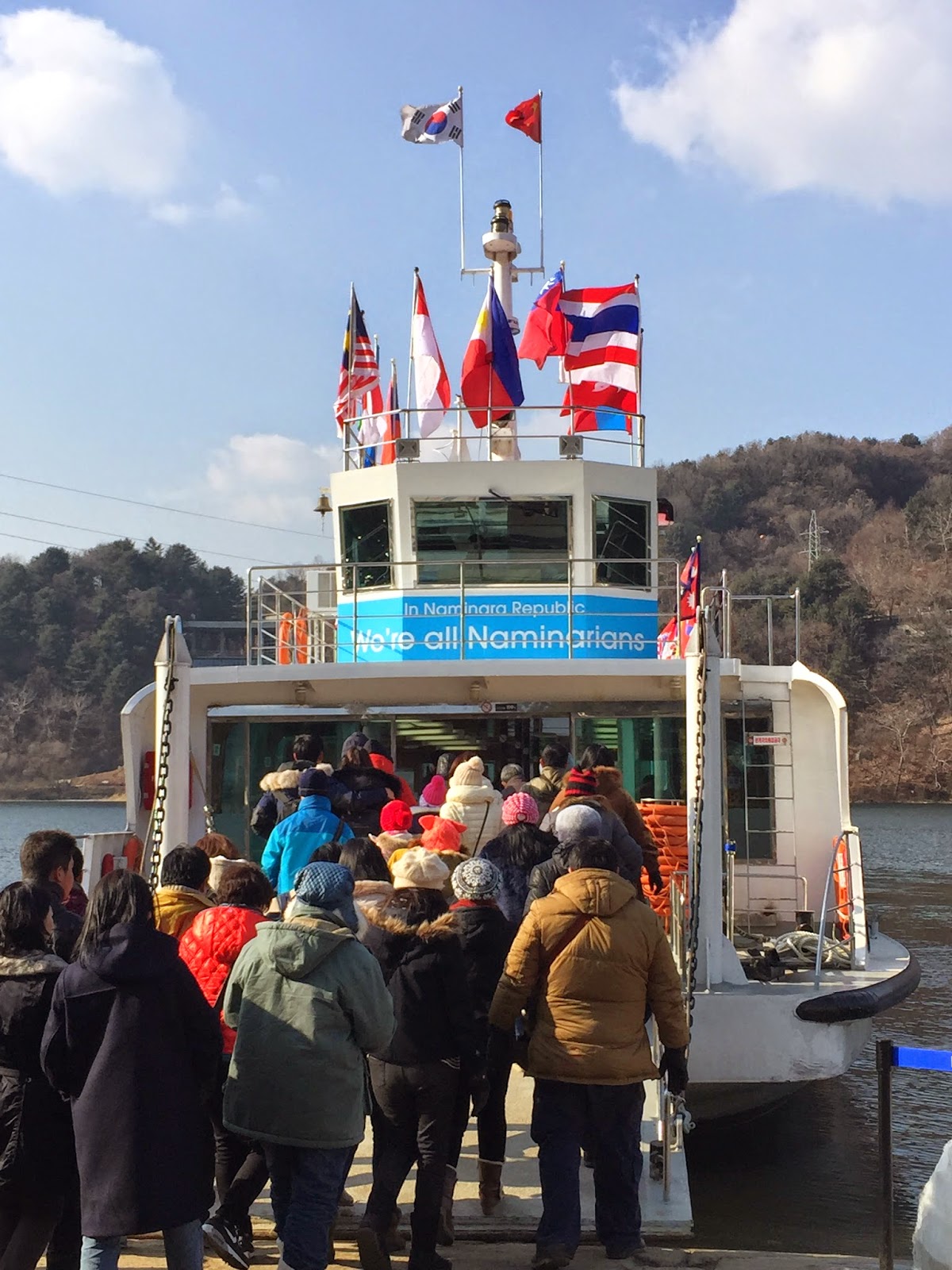 It's a popular site for korean dramas, especially Endless Love. it's a beautiful place actually. 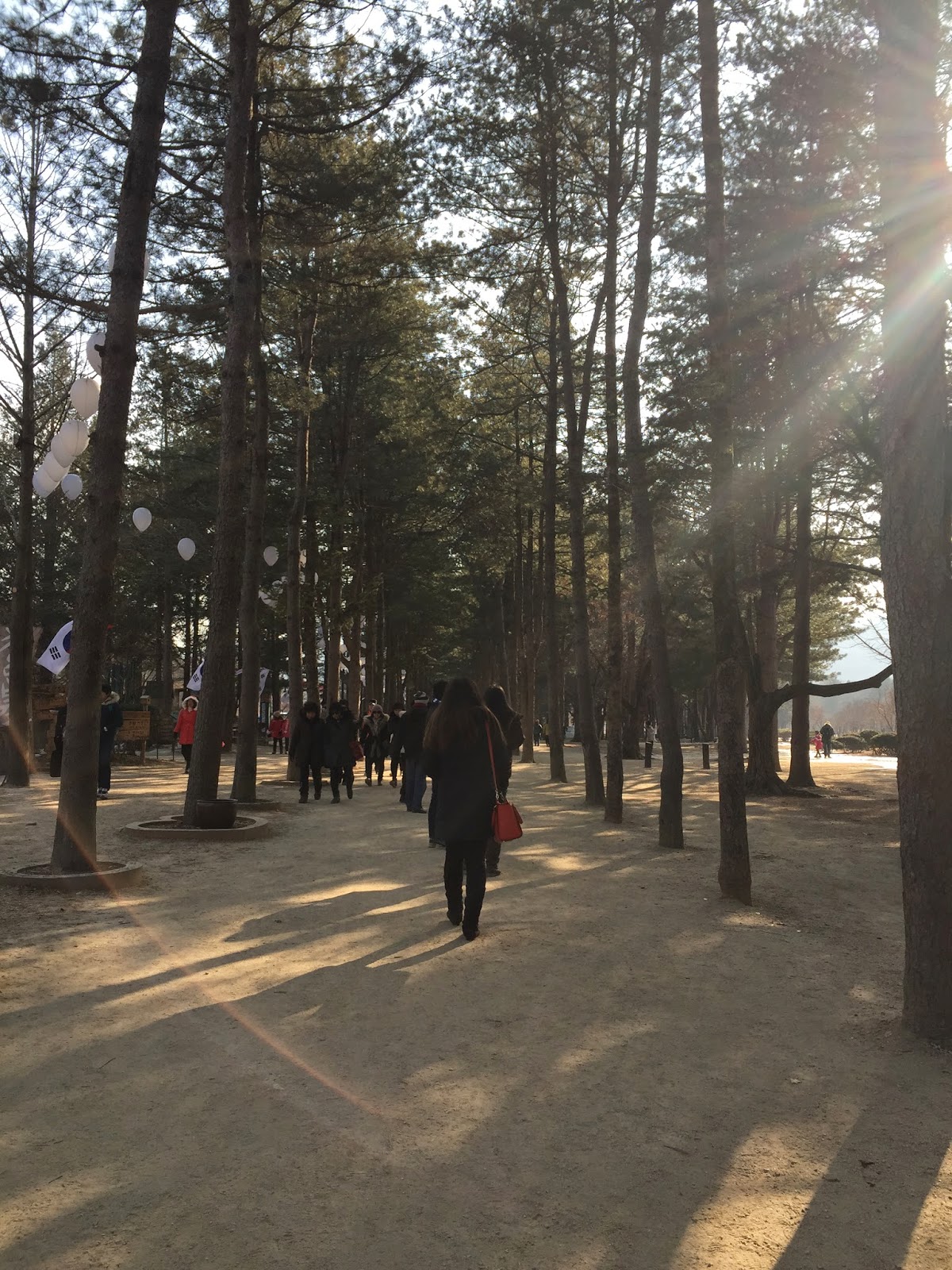 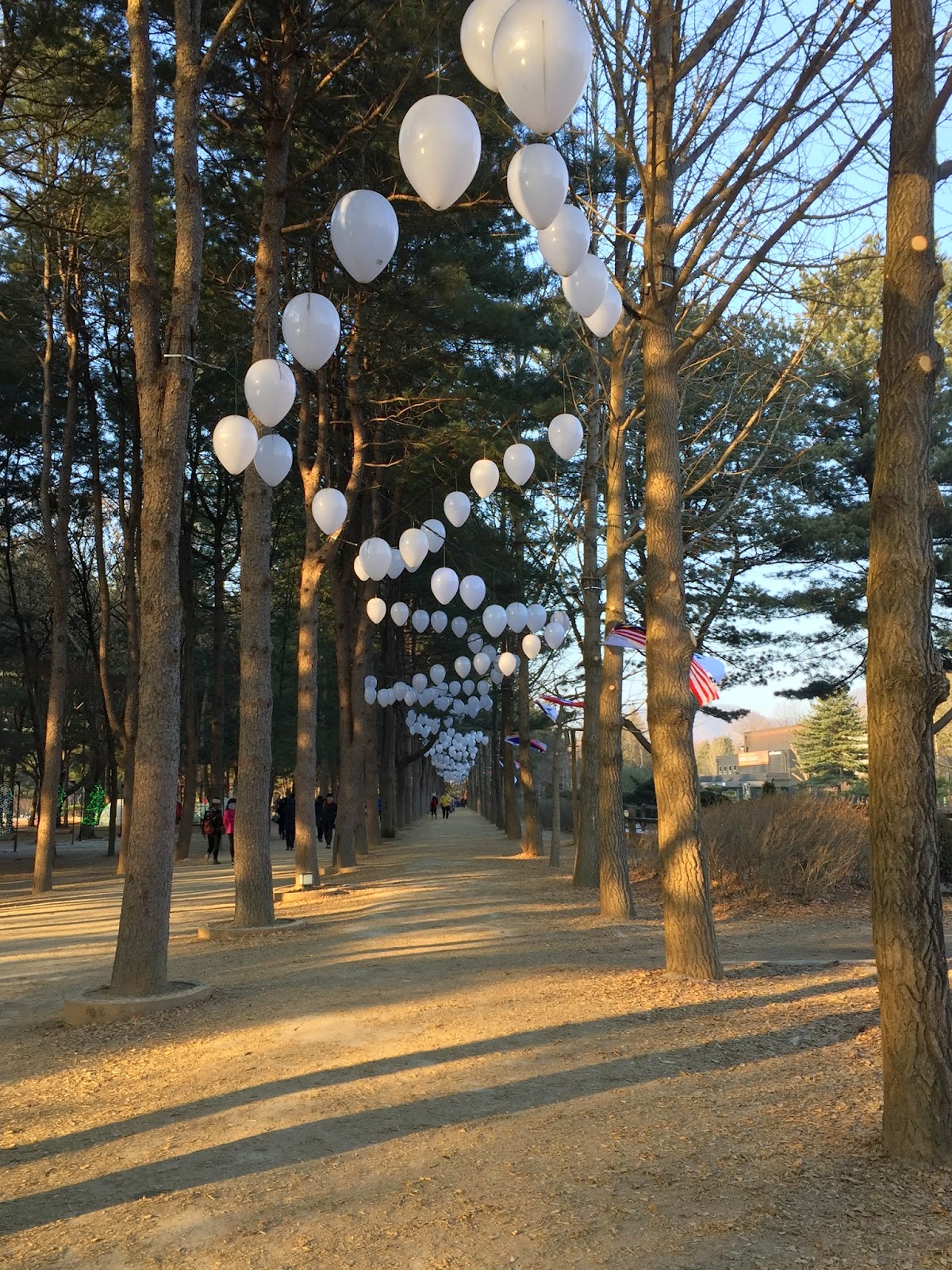 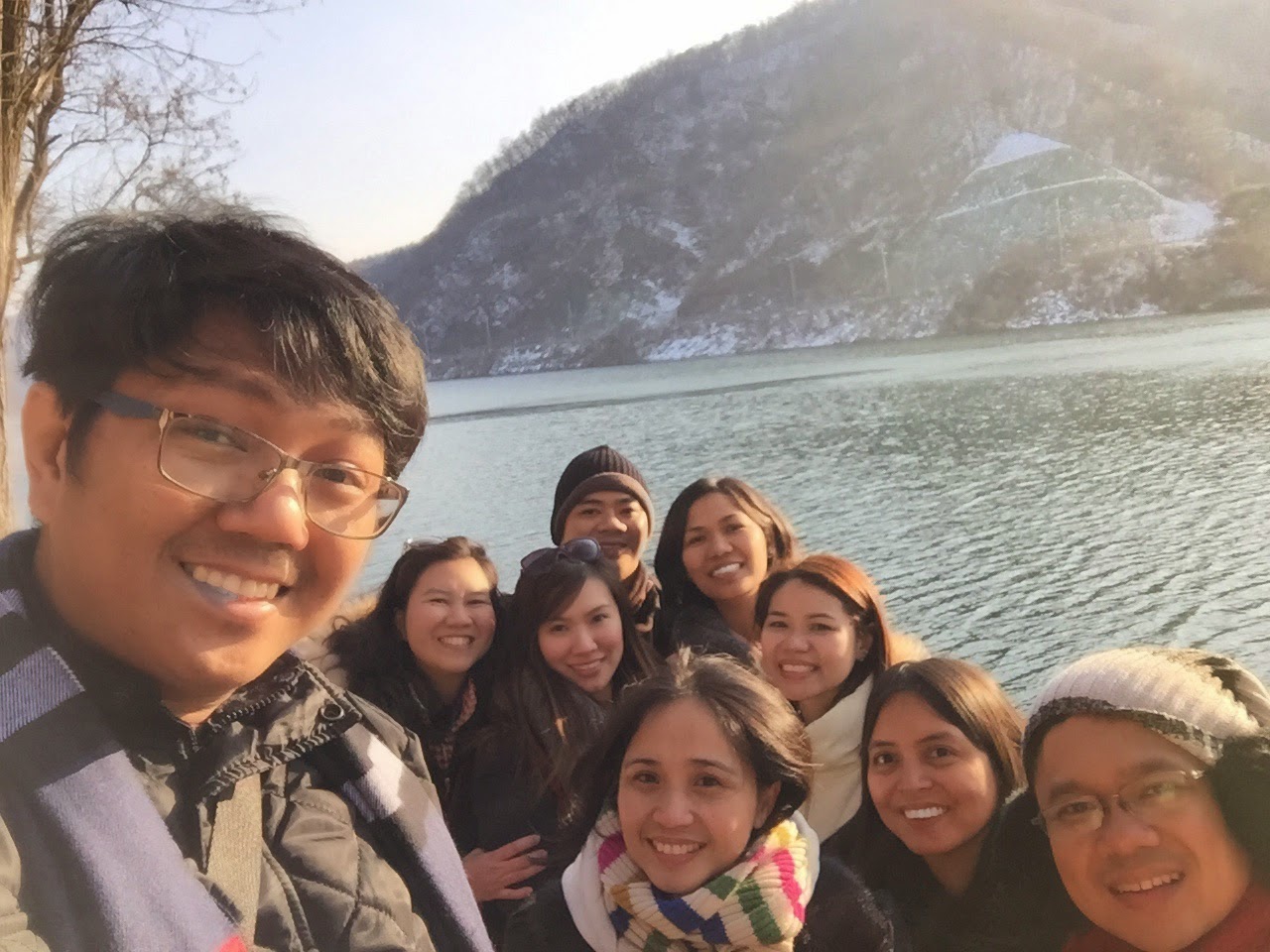 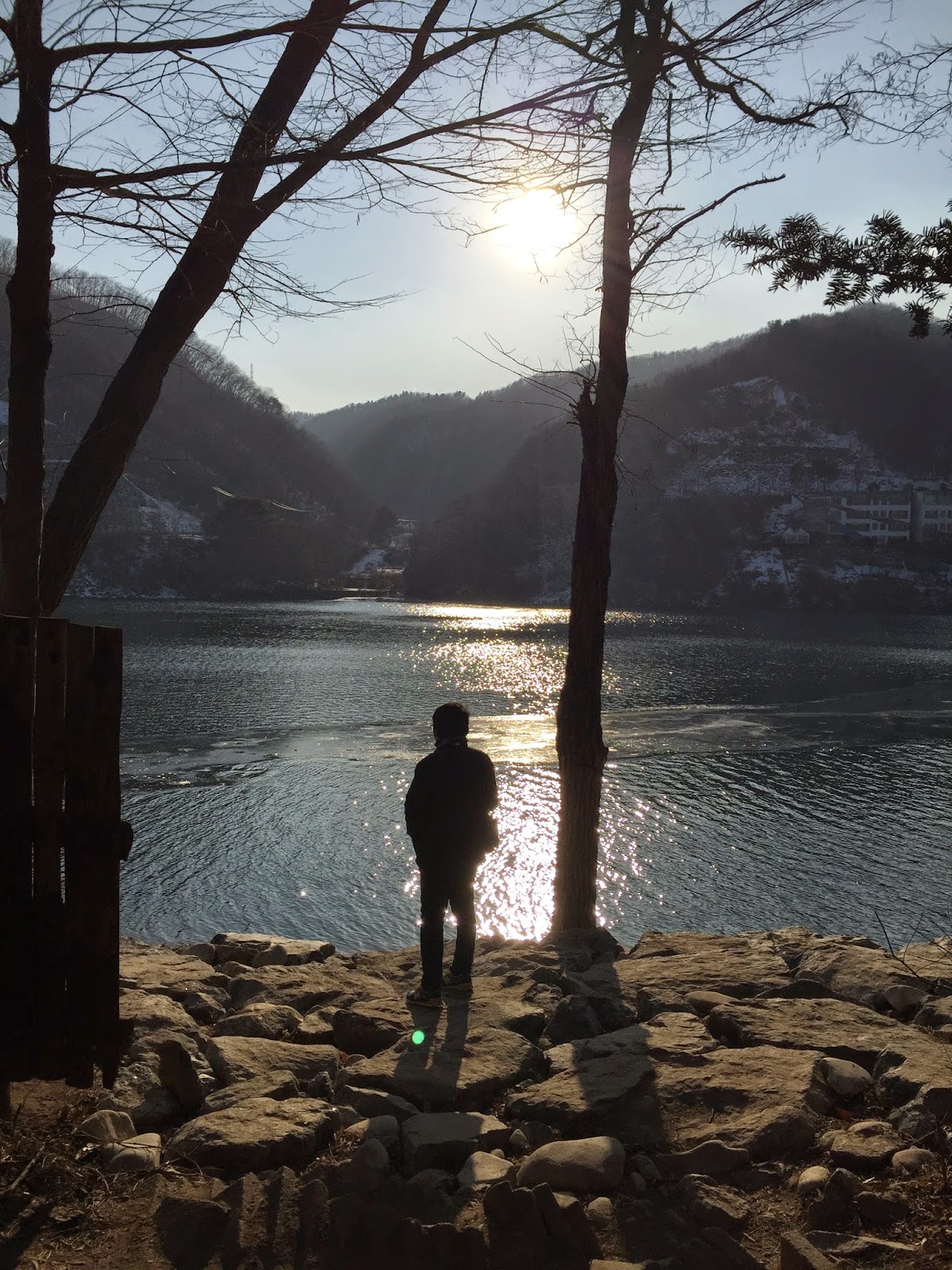 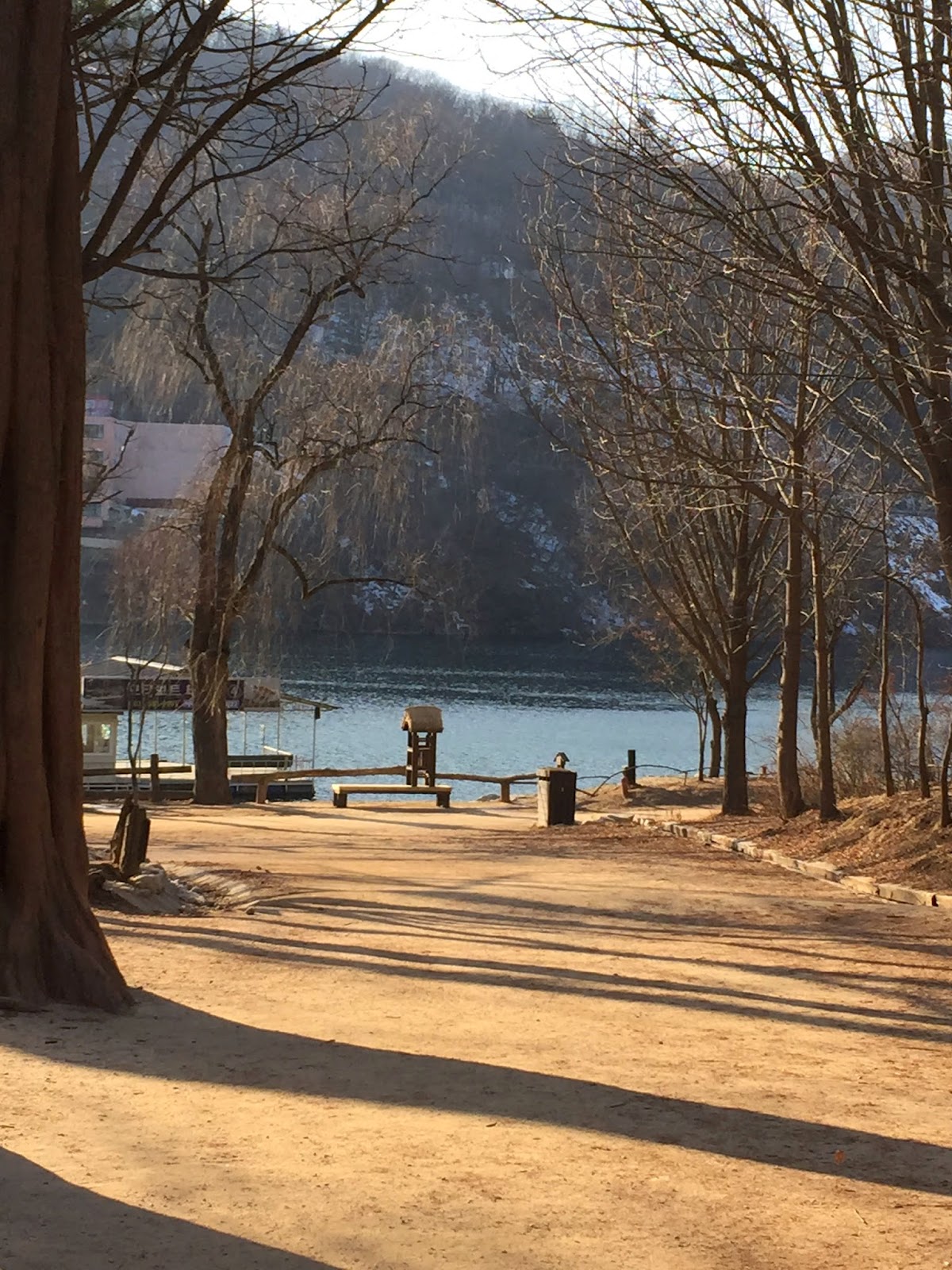 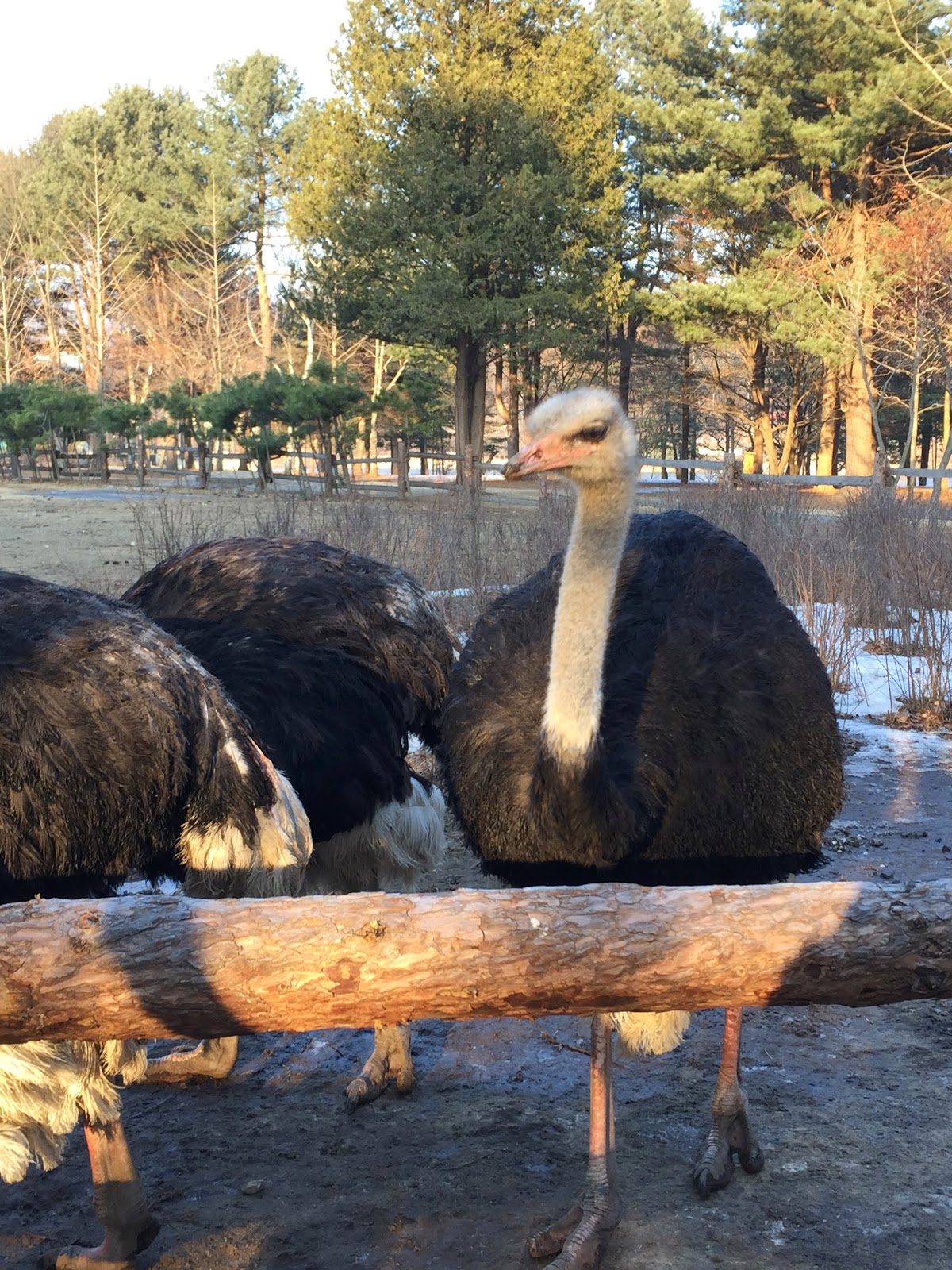 We went there during winter, well, as you know there are not much plants during winter. i guess it'll be more beautiful if it's spring or fall. 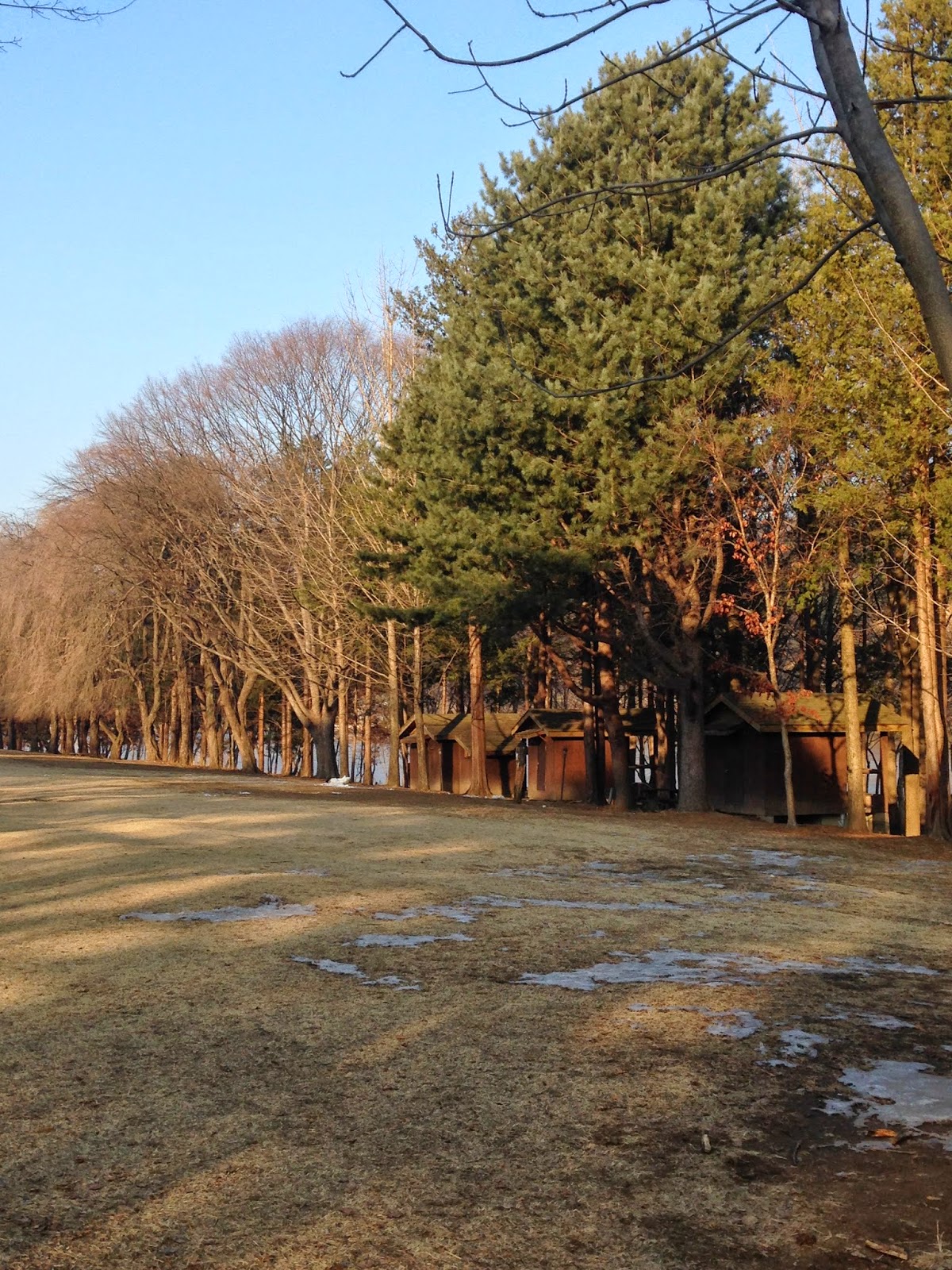 sorry, i'm not good in describing things and in convincing. the main purpose of this post is to just actually show you the new way in going to Nami Island/Petite France. but i just posted some pics and stuff to tell you what these places are about. i assure you, you won't regret visiting those places. it's not a waste of time. happy sightseeing!

Labels: all around the place(s), fyi