wherever i am, i really try to hear mass if it's a sunday. so when i'm in korea, i try to find out where the nearest catholic church is. and so far, i've been to four:

- the most popular among my list. this is a tourist spot in myeongdong. i guess because it's located in the shopping district. and since it's a cathedral, it's the biggest among my list. also, i think this is the church with the most english masses. but the only schedule for english mass that i know is 9am.


Directions (for the visitkorea site):
Myeong-dong Subway Station (Seoul Subway Line 4), Exit 8
Walk along Toegyero-gil st. for about 300m and turn right at the intersection.
Walk along Myeongdong-gil st. for 100m to the Catholic Center
Walk up along the center 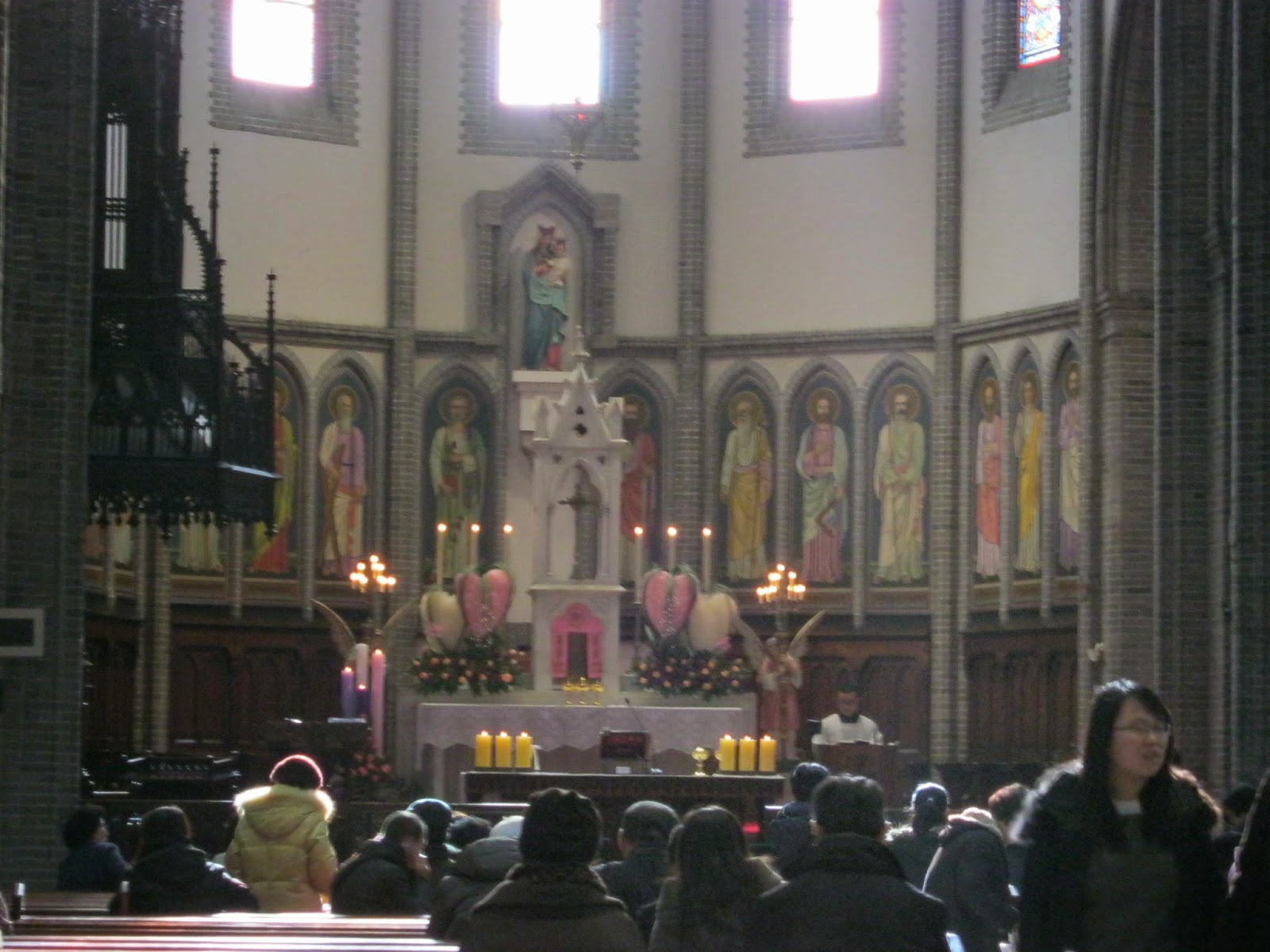 - since itaewon is a foreigner place, i assumed that there is a catholic church there. and yes, there is one. it's near the mosque. i have to mention this because you will see the mosque more, but they're not on the same street. when we went out of the subway station there's a tourist guide who gave us a map and told us the direction of the church.

since it's in a place with lots of foreigners, i'm sure there's an english mass. but i'm not sure what time. the mass that we attended was in korean. and i've noticed only 2 young people in there. 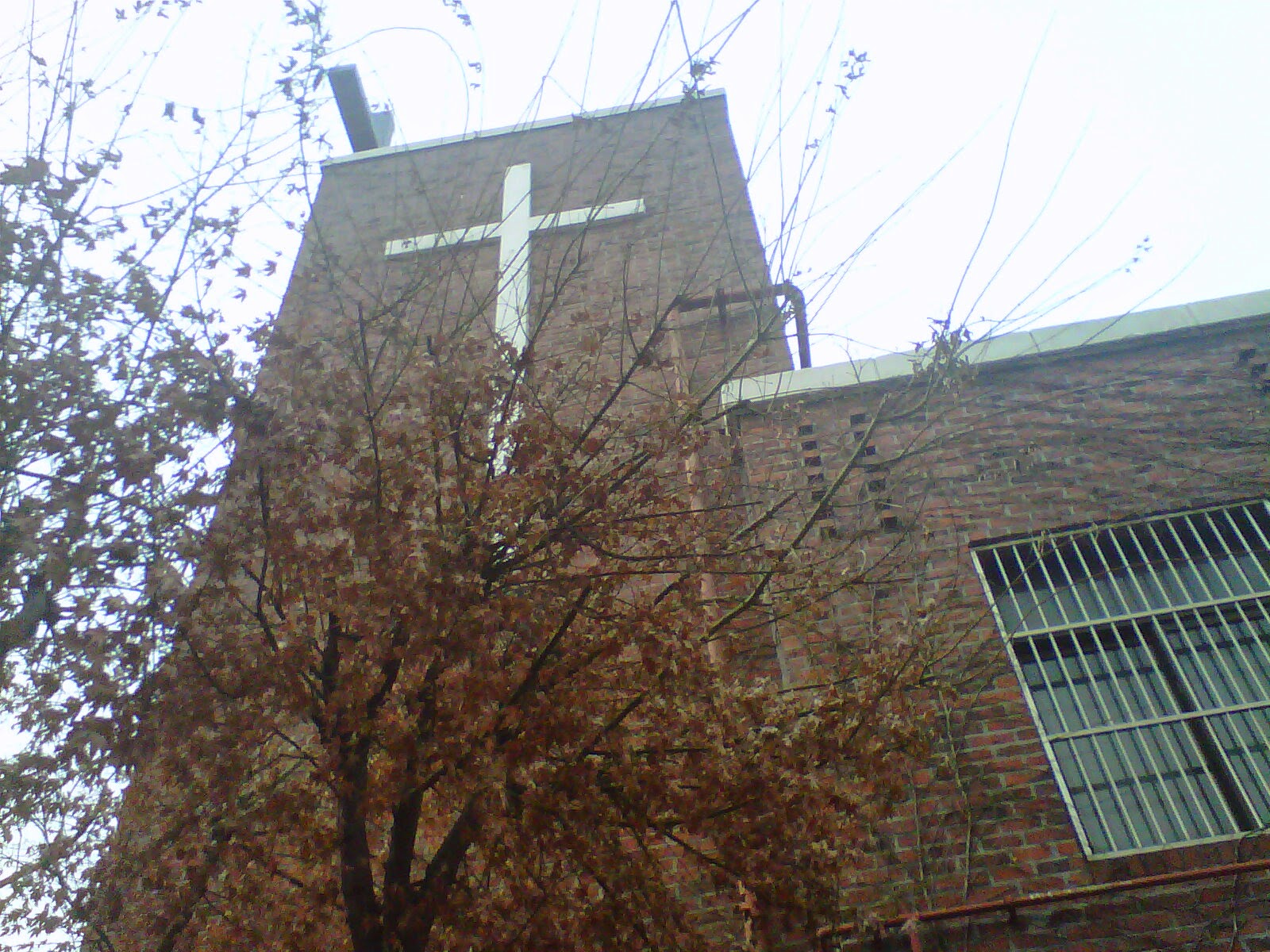 - finally! after always staying in hongdae, i finally saw the Catholic Church there. it's in one of the streets. it's near the elementary school.

the schedule are 9am and 11am. but when i asked from the church's office what time is the english mass, they said none.

since going to the itaewon church and seeing only 2 young people there, i became observant on the youth going to church in korea. this is the church where i saw many young people. and i think they're all friends. i arrived before the mass started and whenever there's a youth coming, their friends will be excited. and they stayed at the left corner of the front of the church. i had been a member of the youth ministry before that is why it makes me happy to see youth going to church.

Directions(?):
If you're from exit 9, you have to turn left (instead of right where most of the stores/restaurants are). it is not that obvious so you really have to look for the cross to see if it's already the church. and it would be helpful if you will ask around while walking (that's what i did). the elementary school would be a helpful landmark coz it's in the next street. 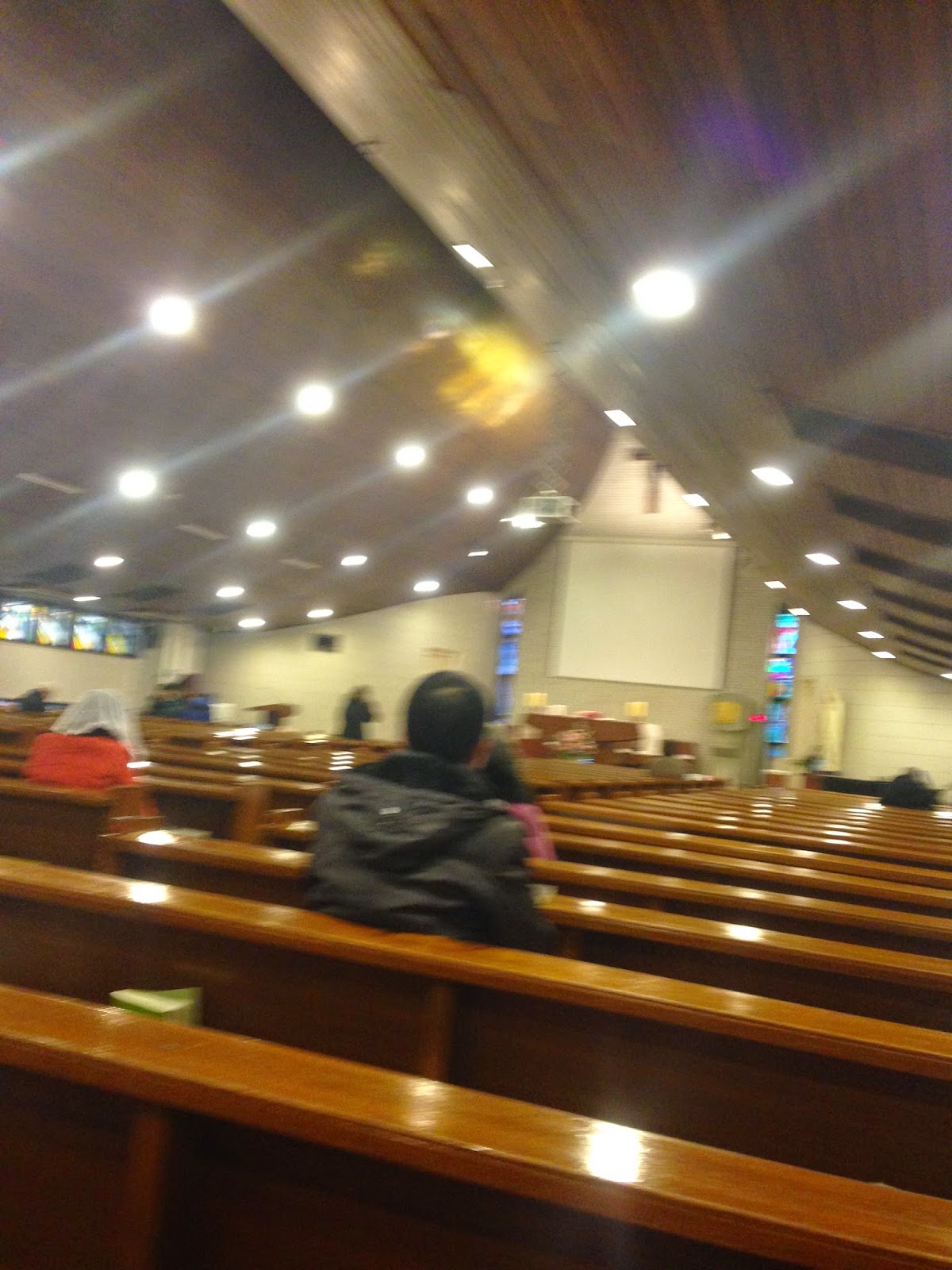 - after learning that there's no english mass in hongdae, i went to hyehwa as i read that there's an english mass there and a lot of filipinos. when i went down the station and walked a little, i saw the lane with filipino food. and after speaking in broken english for days, it's really a relief to speak in your native tongue in a different place. since i heard them speaking in tagalog, i asked them in tagalog where the church is. i was told that the mass is at 1:30pm, and to visit myeongdong for english mass. i asked if the church is open to visit, and i was told yes. so i visited the church.

when i arrived (past 9am) at the church, there's an on-going mass. but it is in korean. still i stayed since i can't attend the 1:30pm mass anymore coz i'm leaving for manila already. 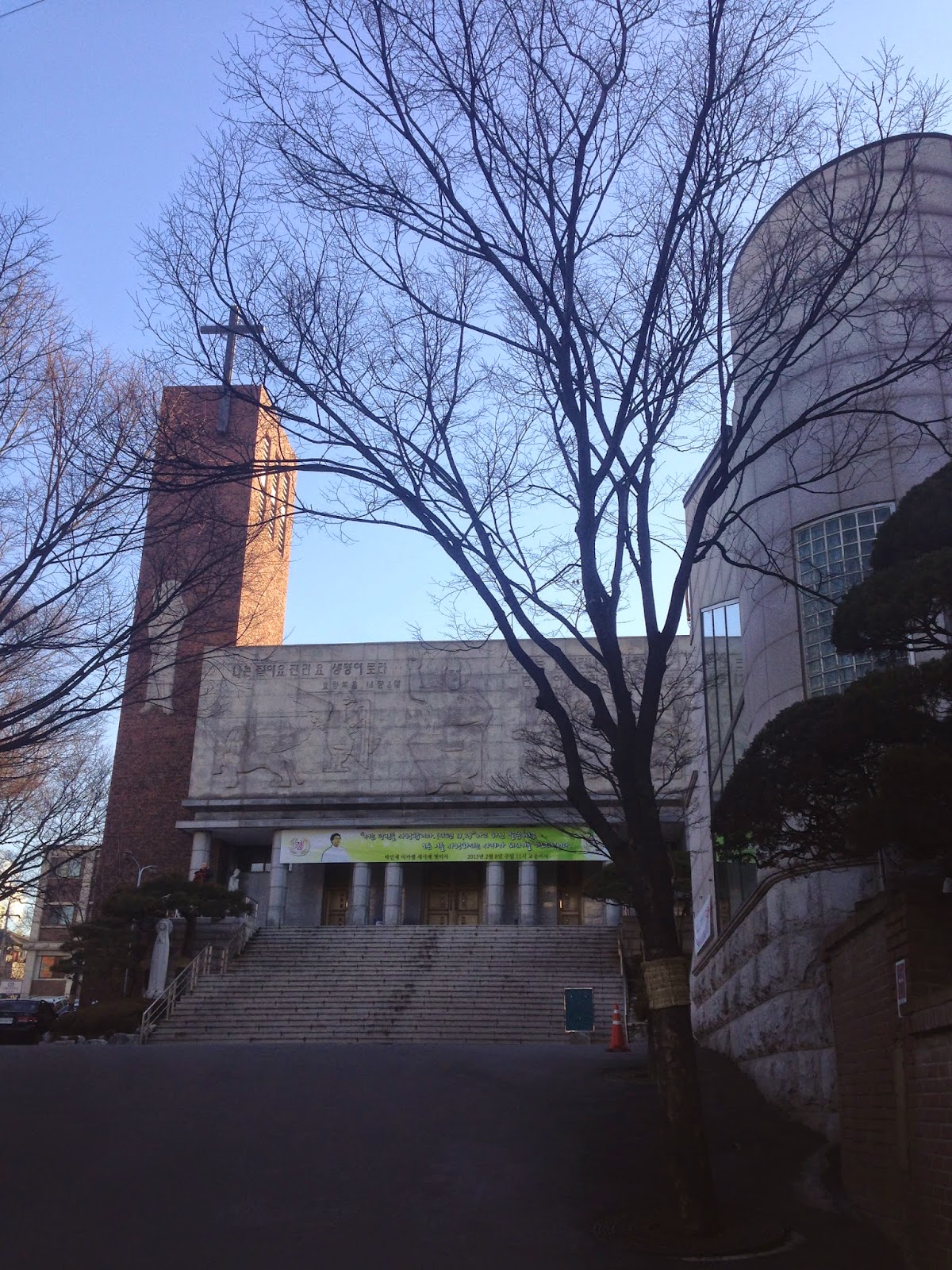 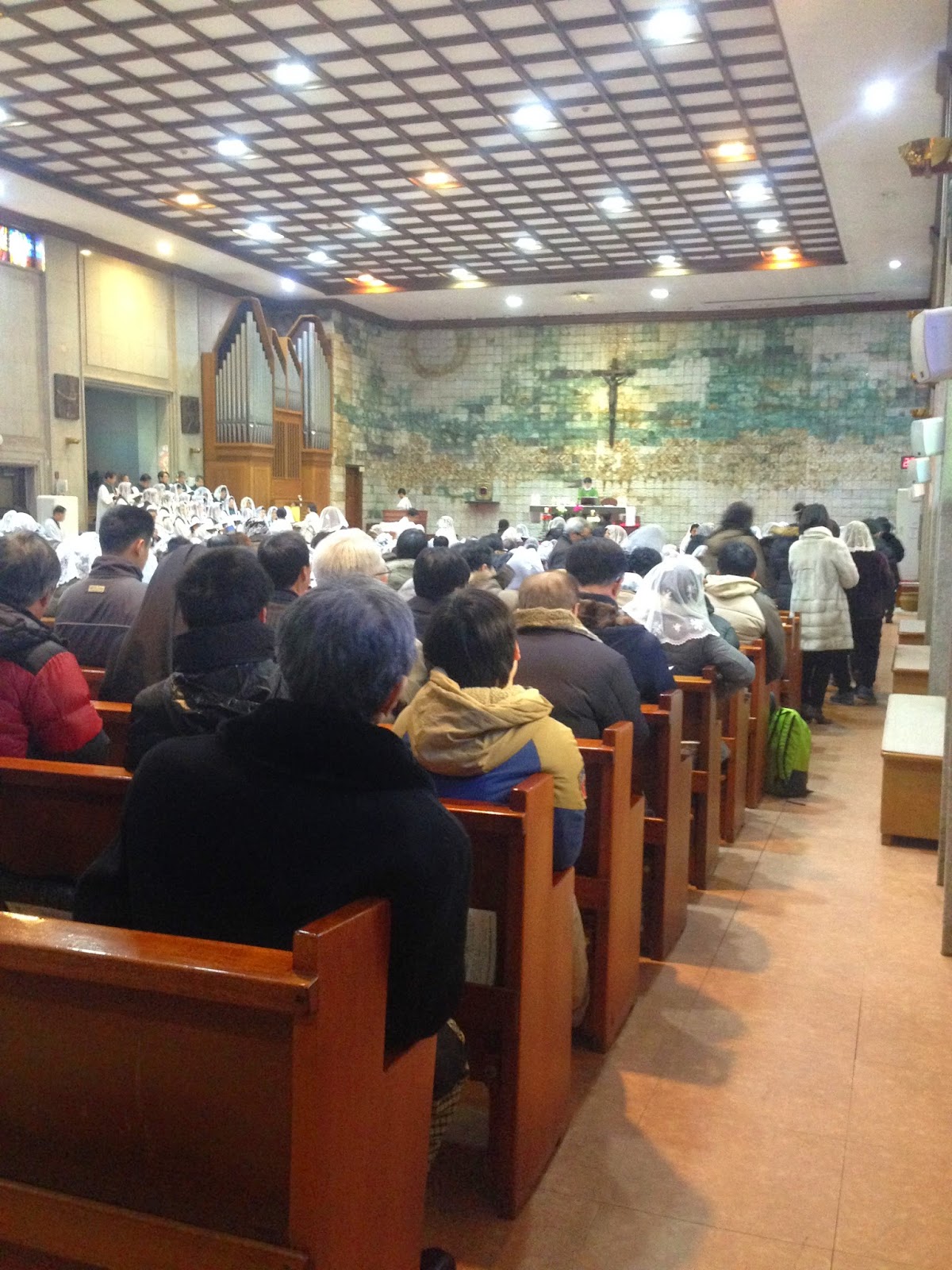 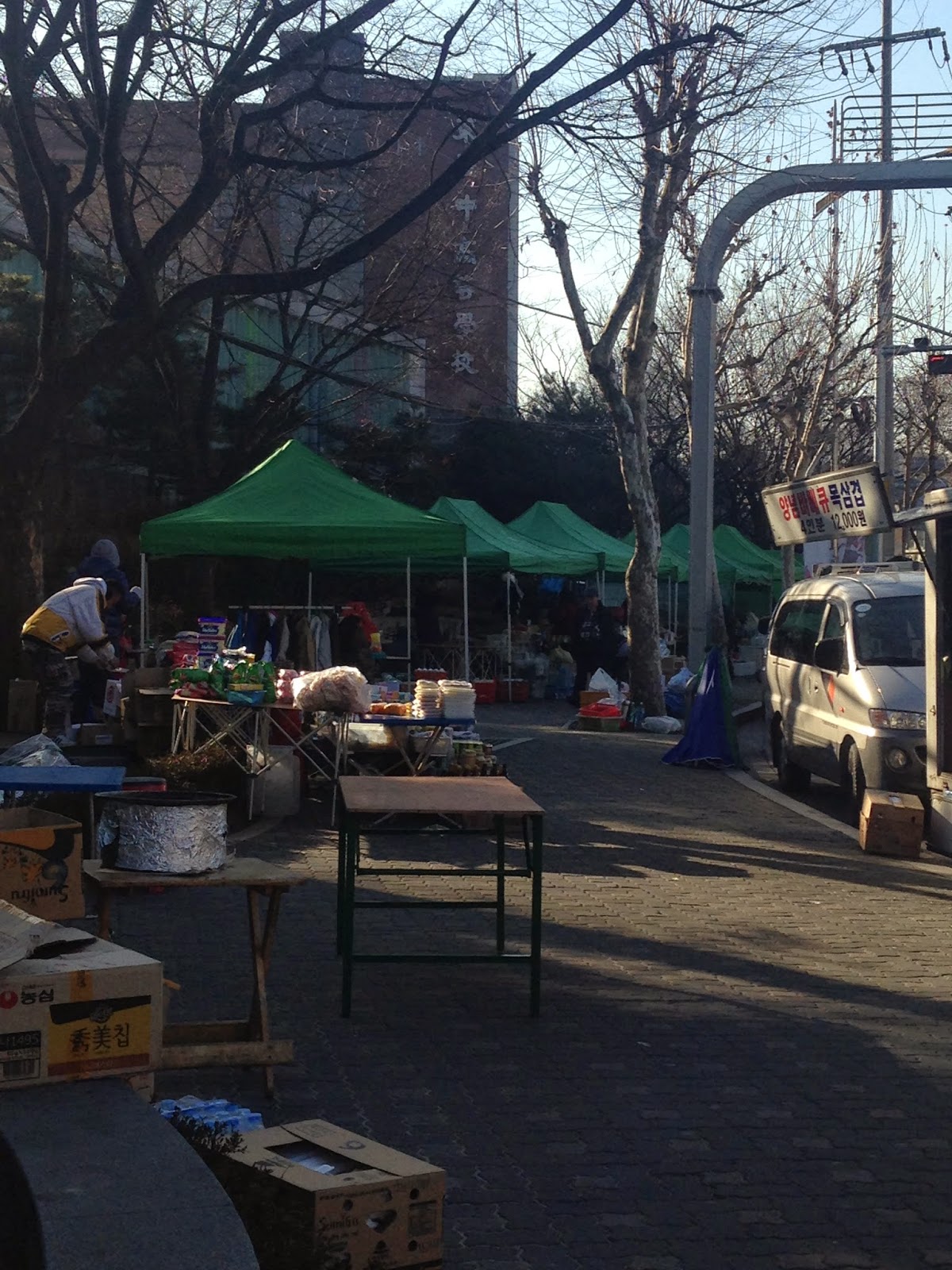 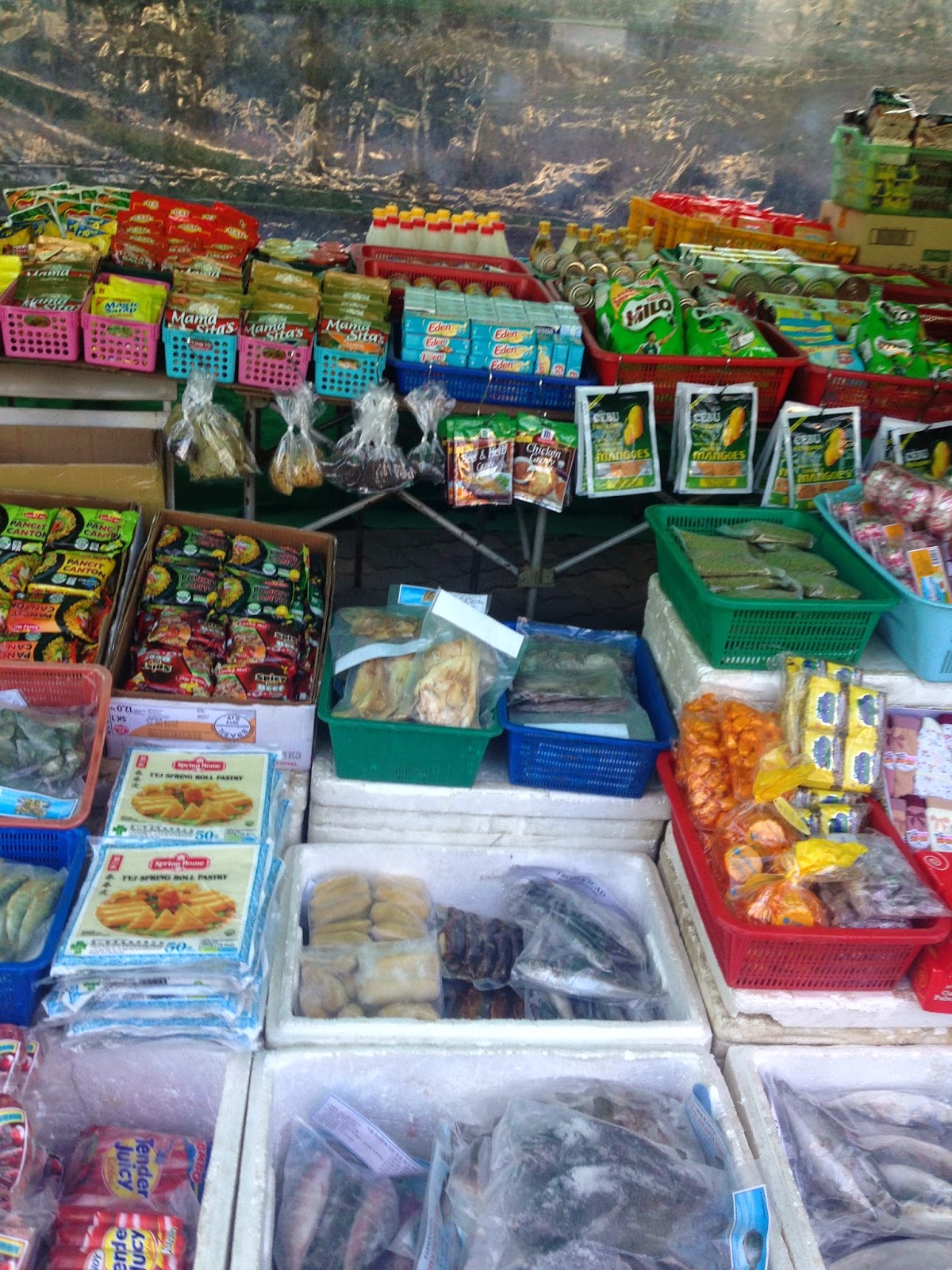 i'm sure there are still a lot of churches in seoul but these are all that i have visited and easy places to visit from hongdae. hehe.

Labels: all around the place(s), faith, fyi