i hate to regret things. but i really do regret not posting in pinterest the screenshots of the scenes/lines that i like from the jdorama Kaitou Tantei Yamaneko. i just saved them in my laptop and during the holy week, my laptop just crashed. sigh.

i just posted two in pinterest. as much as i would like to watch the drama again and screenshot them, i decided to just use it in watching other dramas. hello, i still have a long list of plan to watch. so i will just watch once in a while and post/update this again.

a little about the drama. i kinda accidentally watched it when i saw in my feeds that it was subbed. i don't know why i decided to just try it. and i really enjoyed the first episode. and one big surprise is Narimiya Hiroki was there. i like him as an actor. so i decided to continue and i'm glad i did. i really enjoyed the drama. and Kame as able to prove himself that he could be an actor. i saw him in another drama before, and i hated his acting. hehe. the best part of Kame in this drama? his singing voice. hahahaha.

i also like some of the lines (obviously, why would i have this post if not, right?). here are some of the quotes that i like: 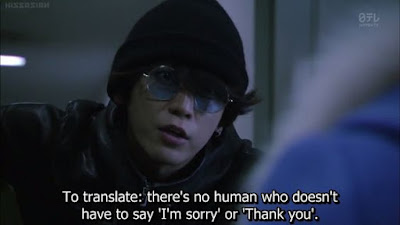 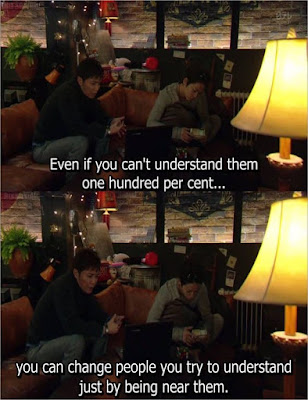